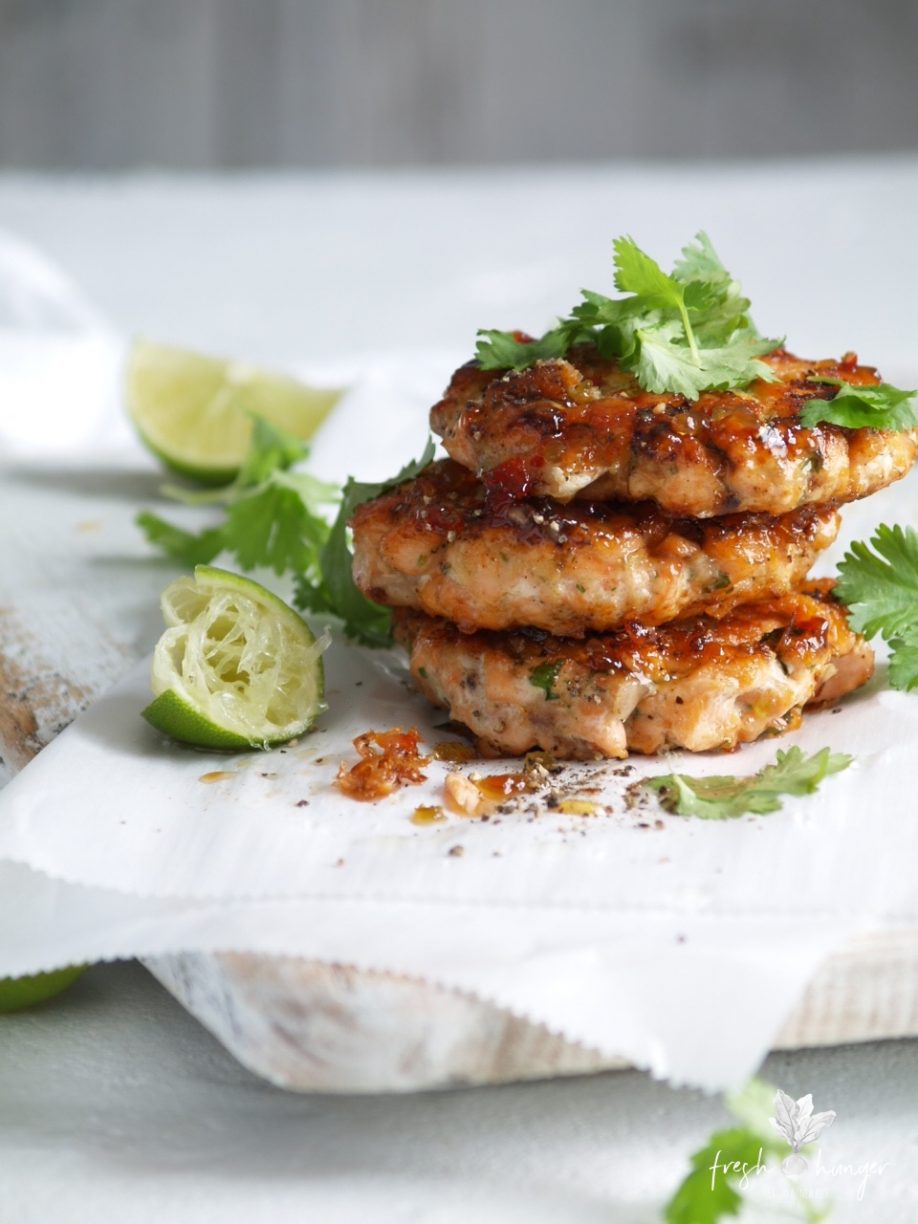 I’ve created a new section on my website for other people’s recipes from cookbooks, magazines & around the web that have sparked my interest so I’ve made the recipes, styled them & photographed them to share with you. If they don’t work, I won’t post the recipe as my intent is to share recipes I’ve tried & liked, not to criticize anyone’s creations. 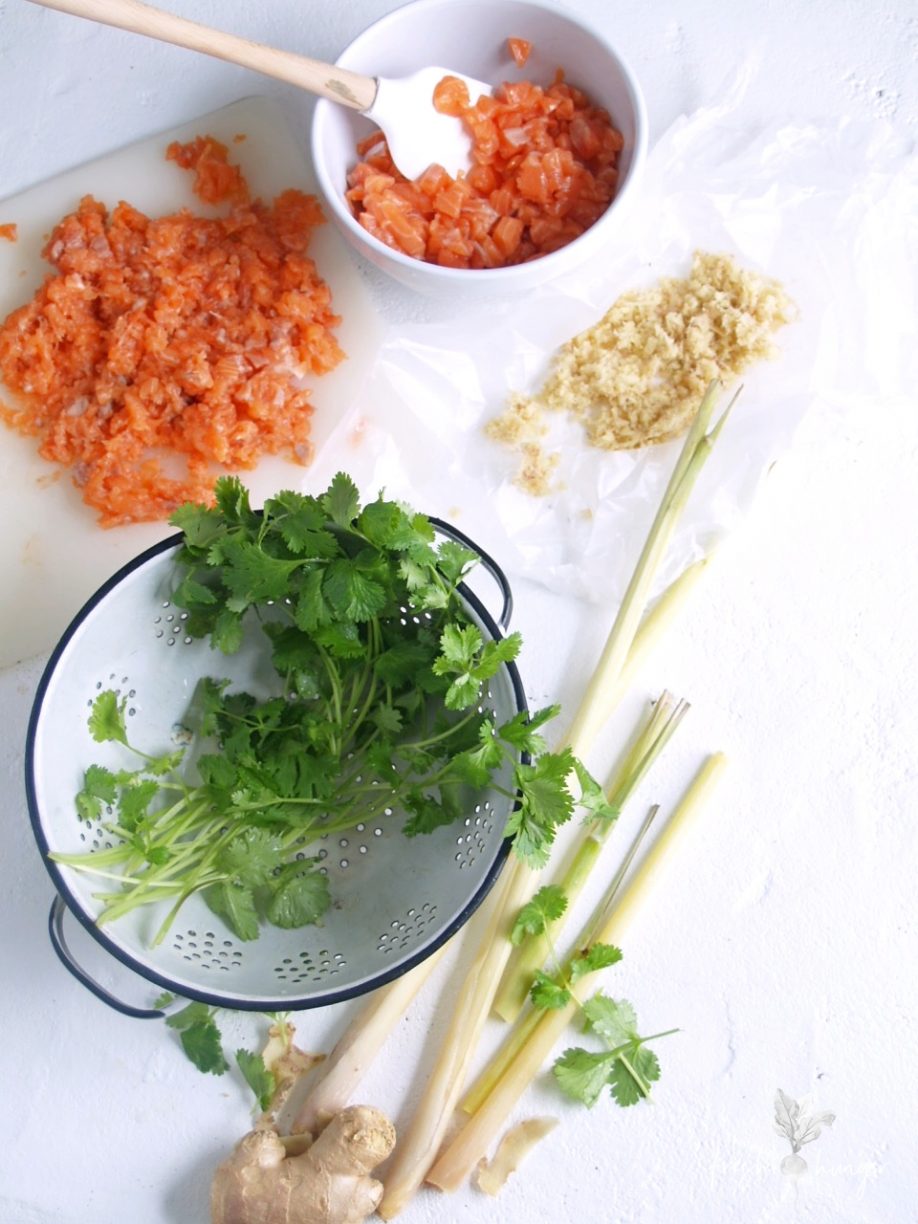 My first thought when I read through the recipe was “why didn’t they use a food processor?”. If you’ve ever chopped lemongrass finely so it was edible you’d understand. Half the salmon is chopped finely, the remaining half is kind of chopped until it’s “almost like a puree”. A food processor would of made fast work of it too. I did cheat a little & chopped the lemongrass & ginger in my food processor. I never was particularly good at following directions. 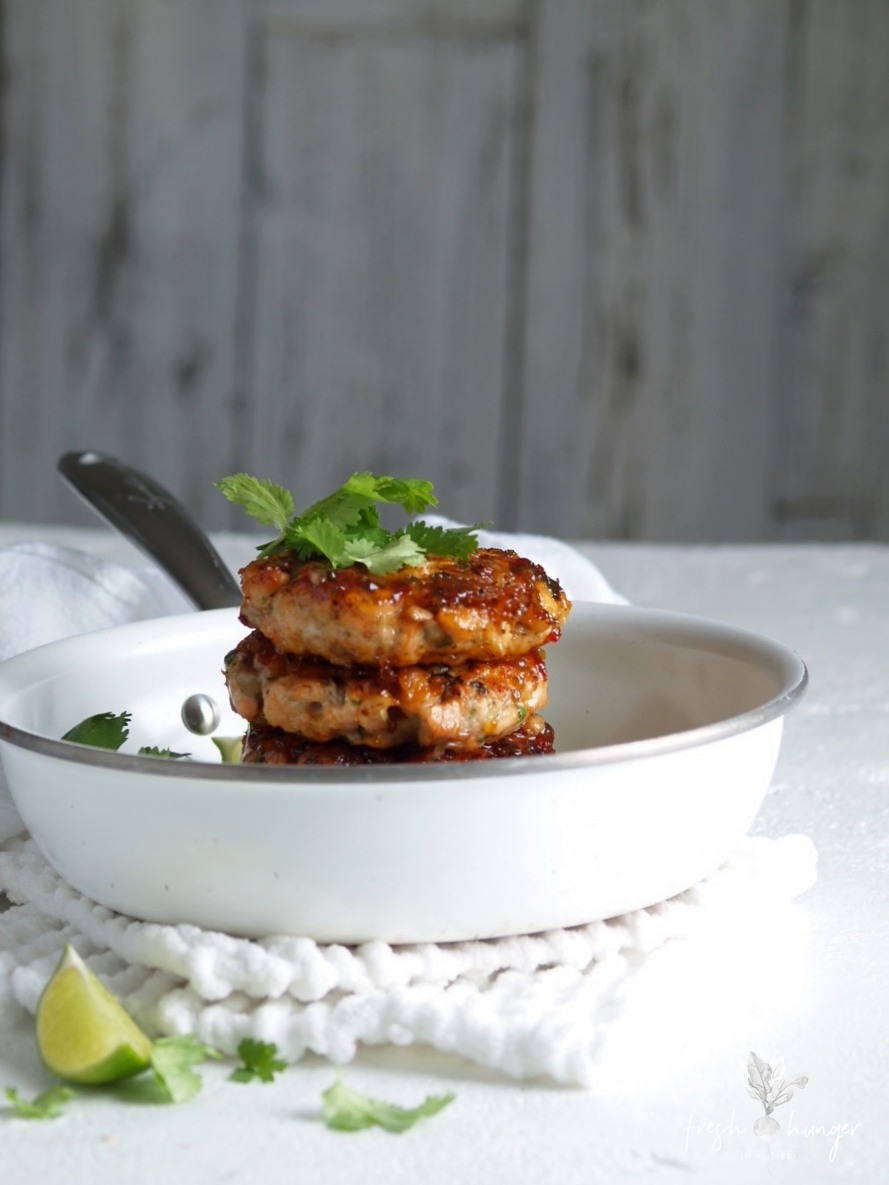 You’ll want a really good non-stick pan to cook these. The recipe calls for a tablespoon of olive oil. If your non-stick pan has seen better days, add a little more oil.

Although the recipe has no binding ingredients, the fishcakes held together, thanks to the half of the salmon you made puree-like. The fishcakes were then were finished off with a little chili jam & water to coat create a nice glaze. Lastly a smattering of cilantro leaves. I also served them drizzled with some lime juice. The recipe didn’t stipulate this but I thought the fishcakes could benefit from a little acidity. 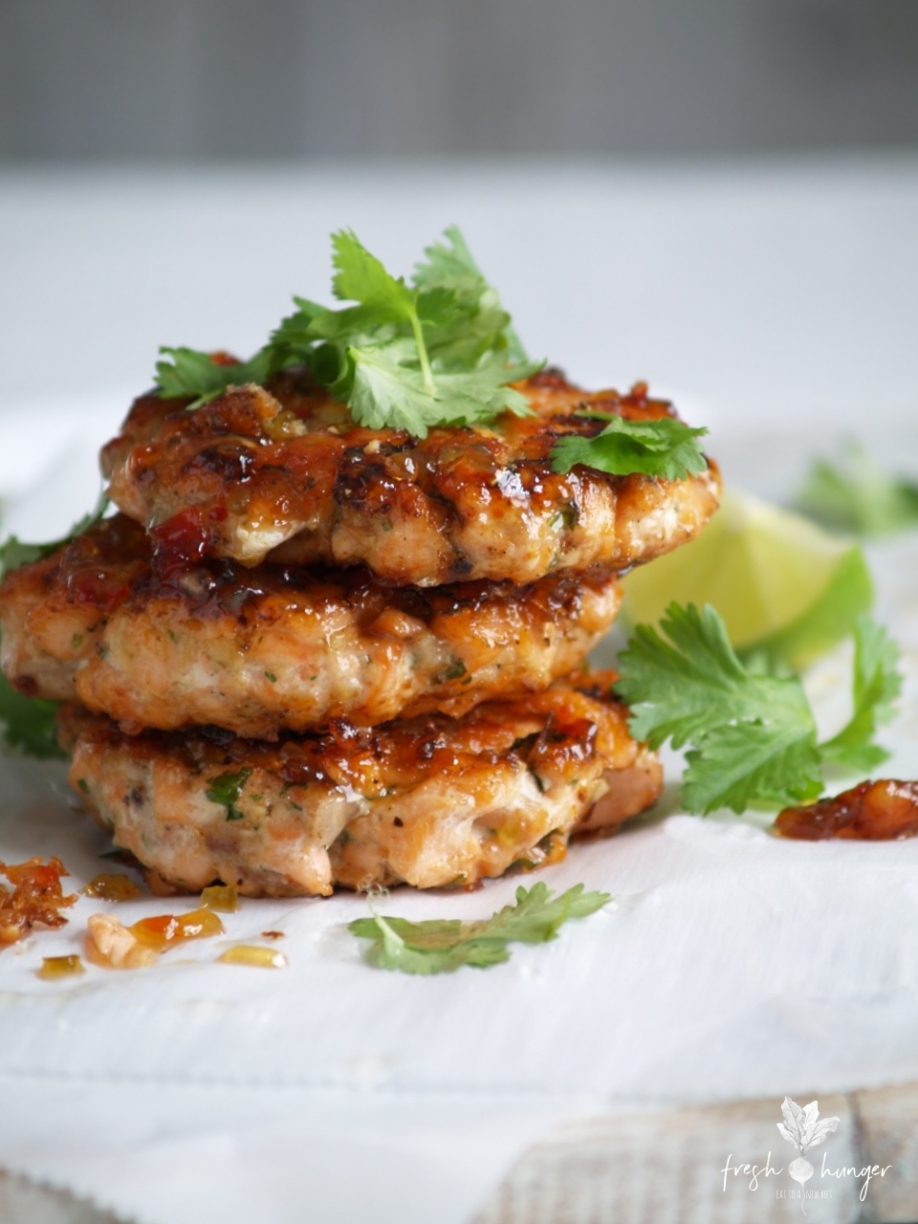 I served buttered ginger, garlic green beans alongside the fishcakes. Not too shabby & it was nice to follow someone else’s recipe for a change instead of creating one myself. If I made them again I’d use a food processor for the whole recipe. I’ve always loved the way Jamie cooks, probably because it’s a lot like how I cook with big, bold flavors. This cookbook certainly doesn’t disappoint. I’ve booked-marked several other recipes I want to try so you’ll be seeing more 5-ingredient meals. You can pick up a copy here. Cheers, Lovoni 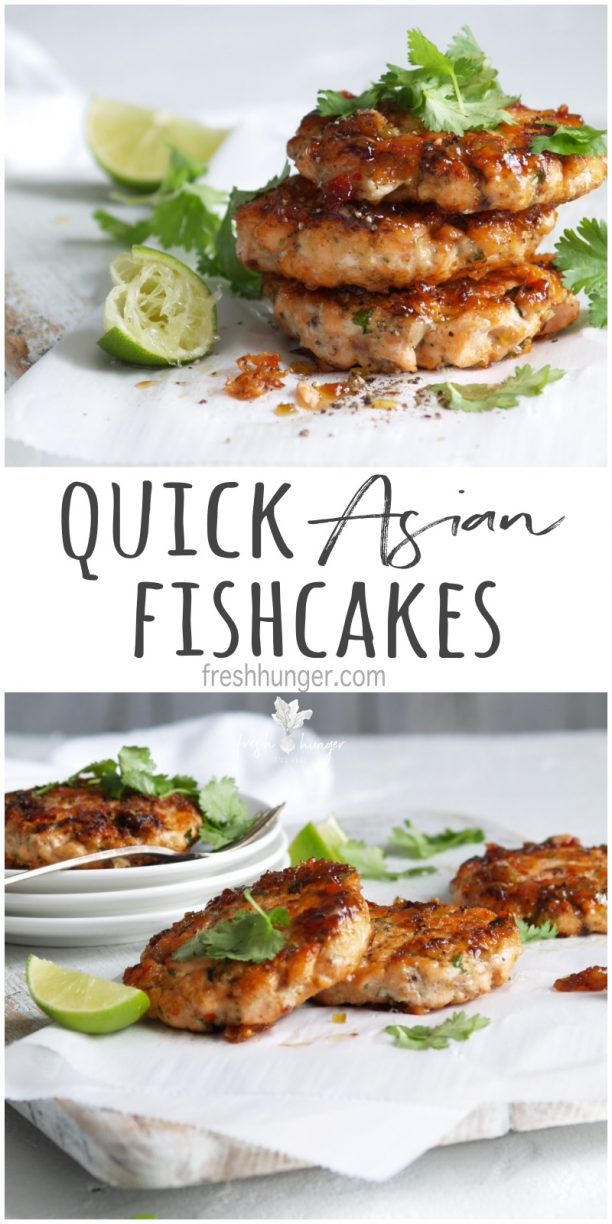 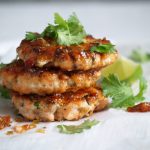