We have a very big bed – both tall & wide. So tall in fact I need a step to get into it so I don’t throw a hip out for the mount & dismount. When it came to finding a nightstand/bedside table for my side of the bed I couldn’t find anything tall enough (looking back now I have no idea why I didn’t get Lawrence to make me one). I eventually did find one somewhere in our Minnesota travels & it was definitely ‘shabby’ & cheap (I think I paid about $5 for it). Fast forward four moves & three states later & that little purchase was looking a little too shabby even for me (if there is even such a thing when you’re home is rustic, farmhouse-ish style). I’m obsessed with before & after pics no matter how simple or extreme & renovating this old house, we have lots of before & afters to share. This is a quickie project… 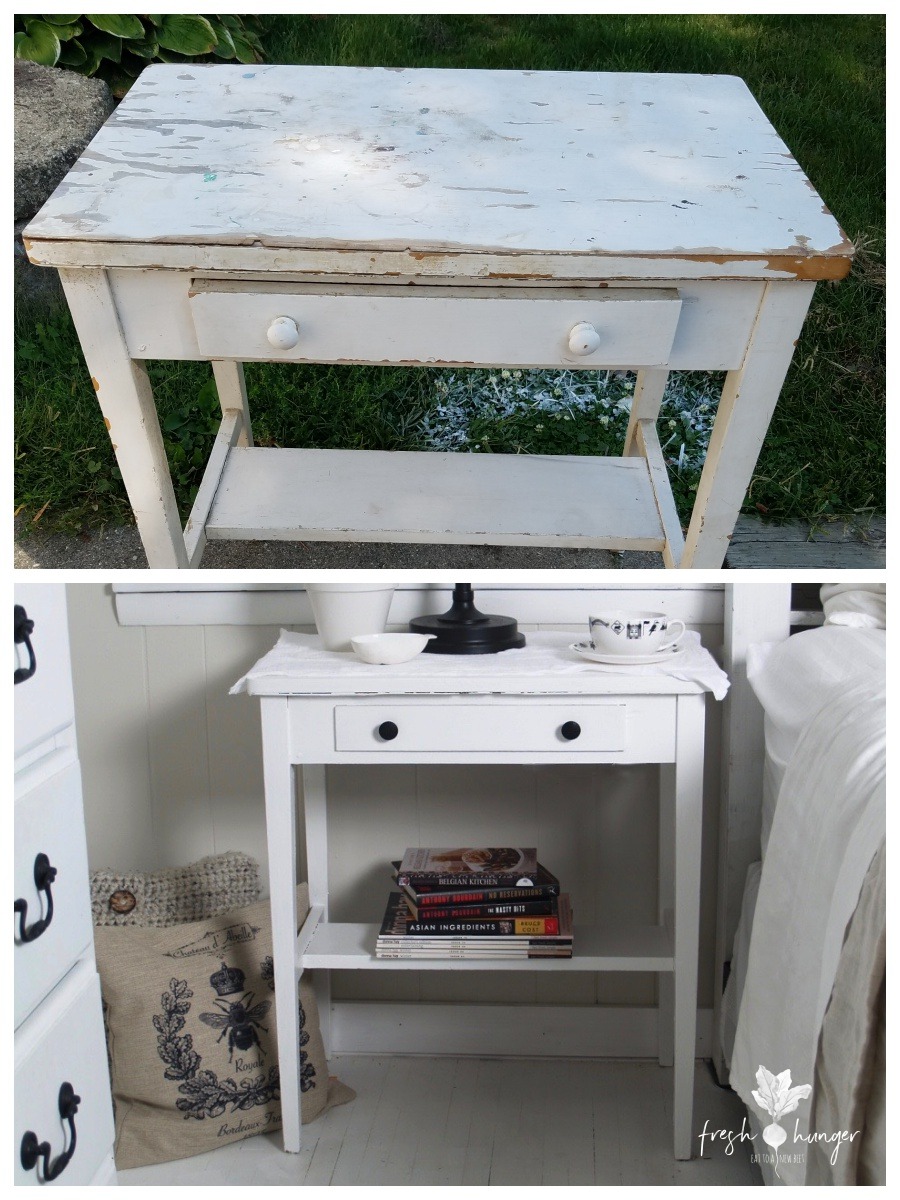 Our bedroom is white, neutral ‘linen’ color with black accents. It’s fresh, clean & cozy. This room used to be neon green & hot, HOT pink with light green carpet – hideous. I’ll be sharing the before & after pics for it this month. It was quite the transformation so stay tuned. Back to the nightstand – I used my electric sander & sanded off the chippy paint. Then painted it bright-white in Glidden premium from Home Depot. And switched the knobs for small, black metal knobs that actually have a little pattern in them, also from Home Depot. 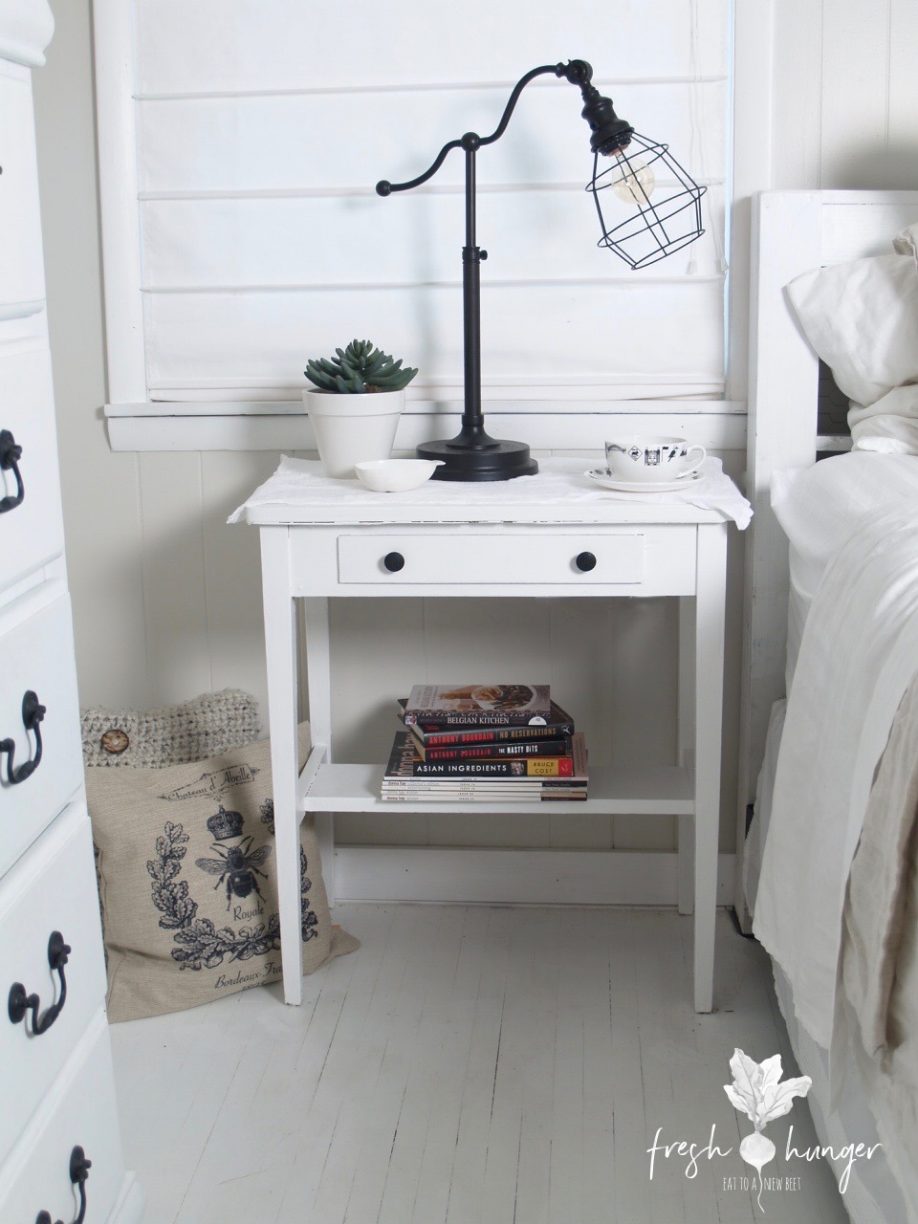 The lamp I bought on sale from Hobby Lobby & added an Edison bulb. I also love industrial so I was pleased it didn’t have a dust-catching lampshade. 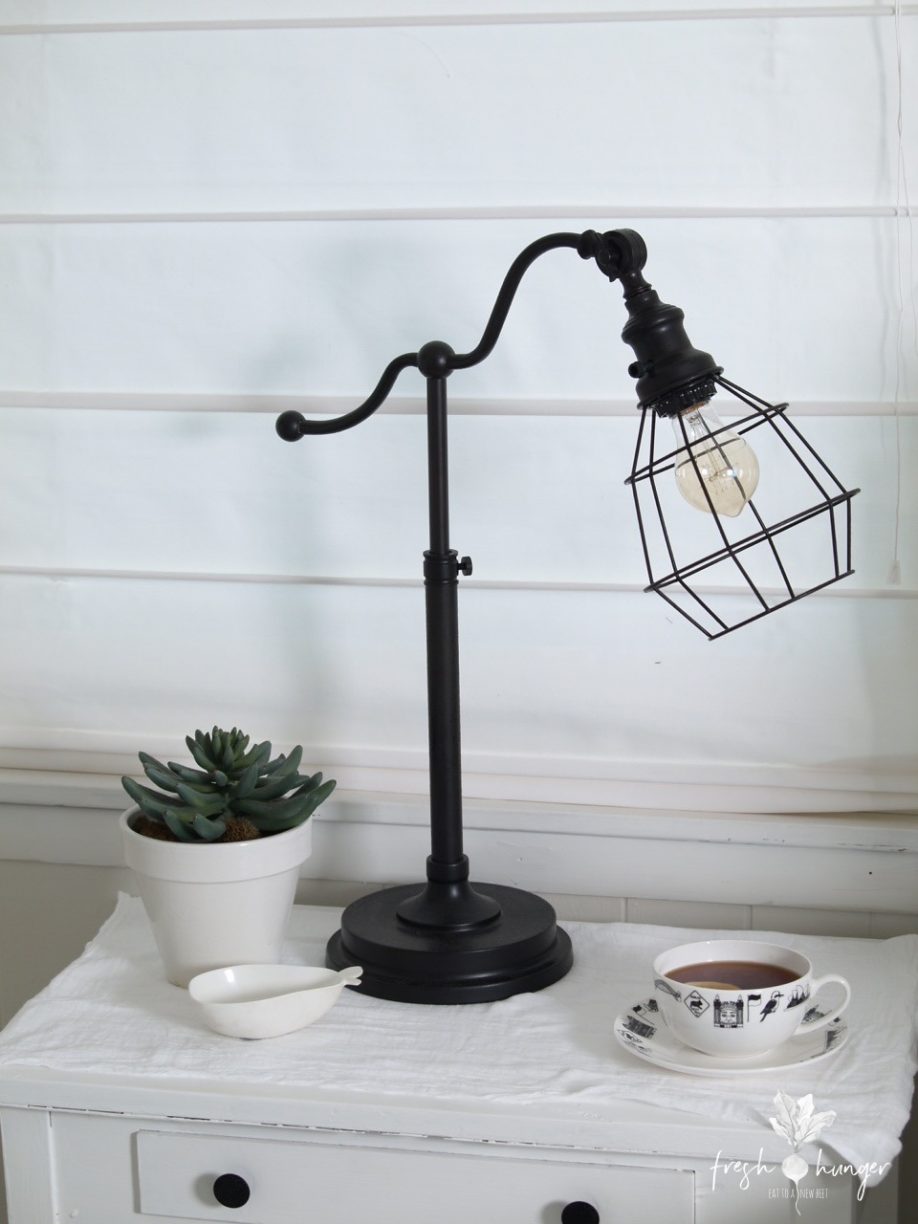 I didn’t want to make the nightstand perfect so I left the cracks. And I threw a flour sack towel down to protect the top of it from the occasional tea & coffee spills.

The roman blinds you see in the background I love, we have them installed in several rooms. They’re insulated – perfect for the cold Indiana winters & hot, hot summers. They were one of the first things we bought for the new house. I bought them online from JC Penny when they were having a huge blind sale. I since discovered JC Penny are known for their blinds…who knew?!

A coat or two of paint & a couple of knobs later & my nightstand received a simple, fresh fix that took about one hour to do & just a few bucks. Until next time, Lovoni xo