Truth be told I didn’t know what to call this recipe. What started out as a smoothie, became like ice cream, but without the bazillion calories. This ridiculously simple recipe using almond milk, frozen cherries, cocoa, Greek yogurt and a little honey for sweetness changes depending on my mood de jour: some days it’s a smoothie, other days after a brief session in the freezer, it’s more like frozen yogurt. 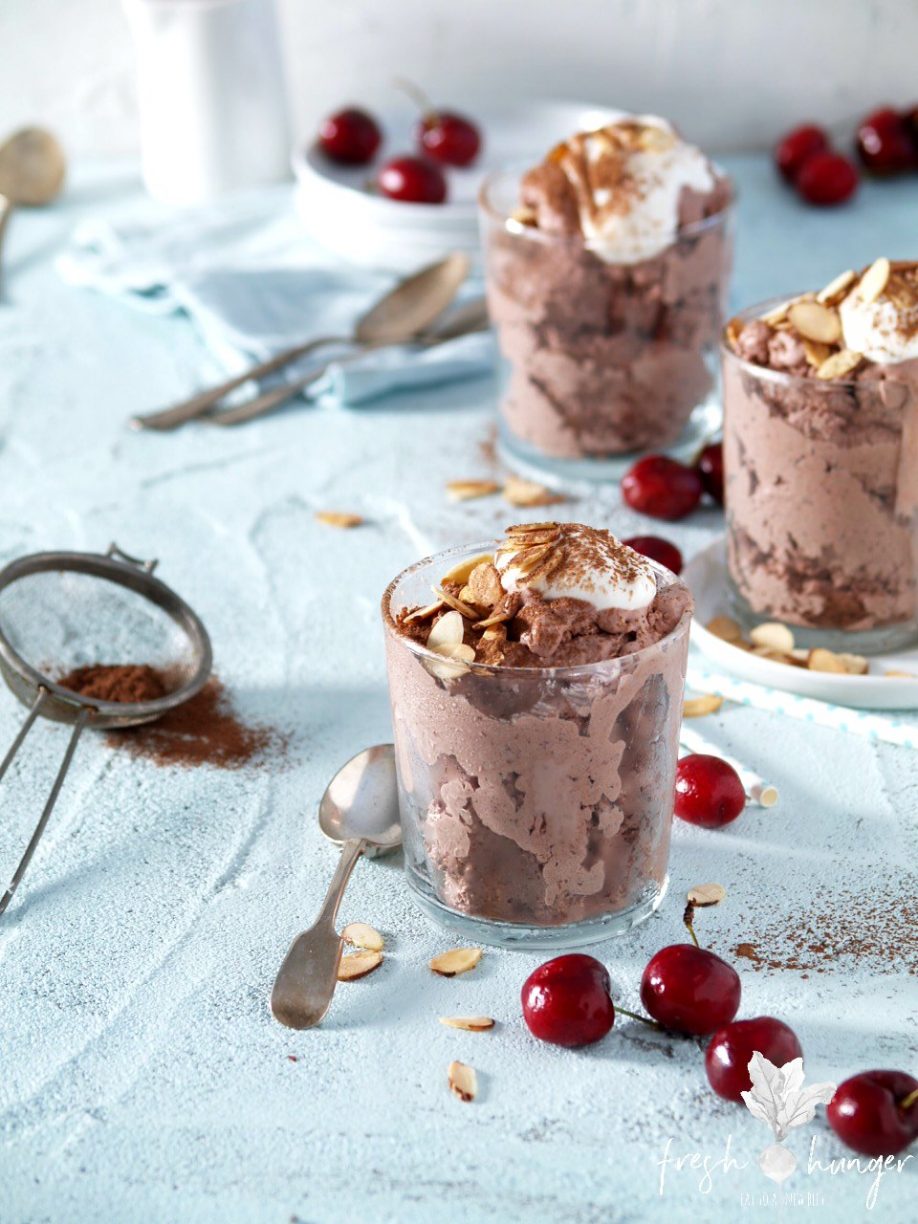 No matter how much willpower you have, or in my case – don’t have, there are times when we’d just kill for something sweet and creamy to satiate our needs. Wouldn’t we?? Okay, so maybe it’d take more than a cherry chocolate frozen yogurt smoothie, BUT, I am talking that little after lunch or dinner craving where a piece of fruit just aint gonna cut it. Savvy? 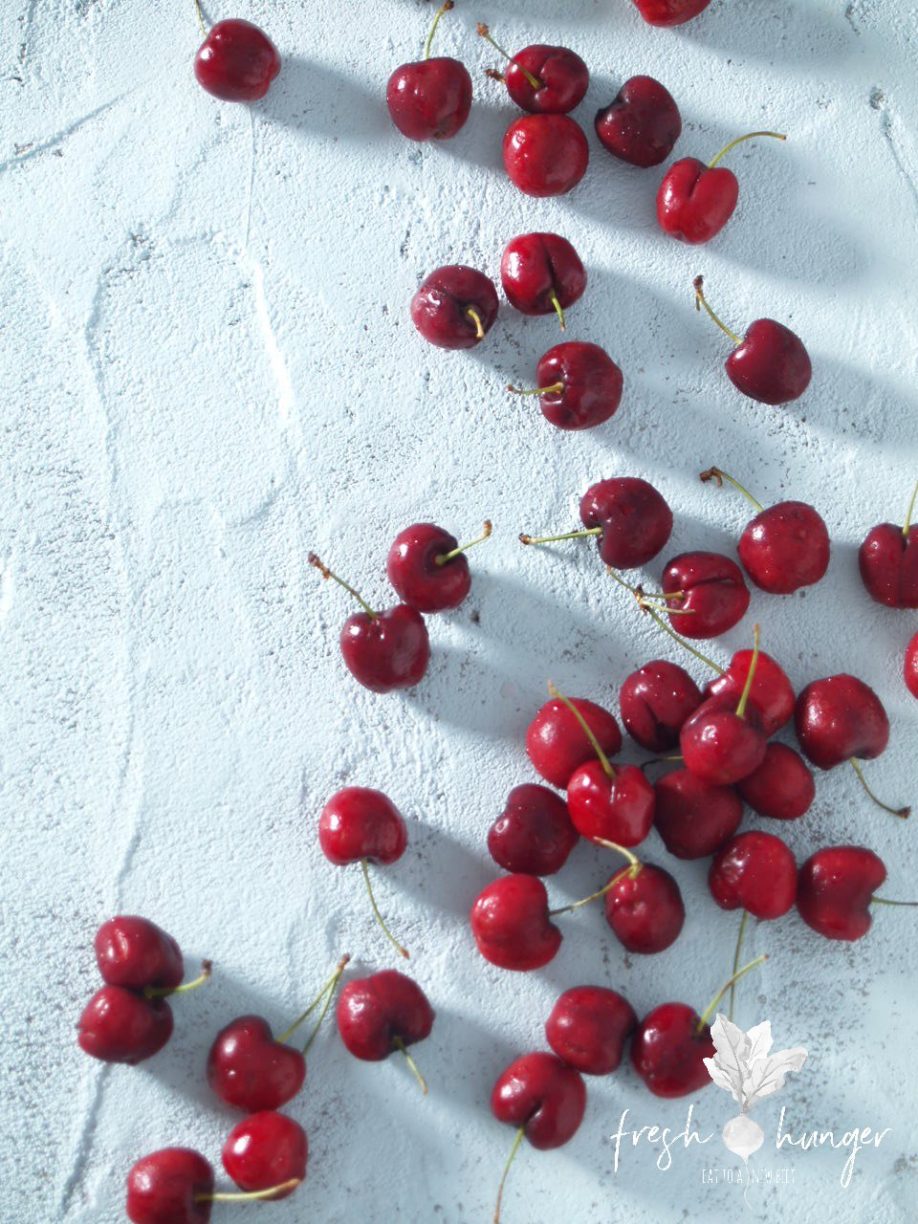 I used frozen cherries in this recipe. I’m not going to lie and say I pitted and froze them myself. No. Some sort of machine did that all for me in a packing facility. But, I am going to pit and freeze some next week because there’s a glut of cherries here right now and they’re cheap. And using them frozen and letting them thaw a little to create cherry juice is really good to add into the frozen yogurt smoothie, much better than fresh cherries. 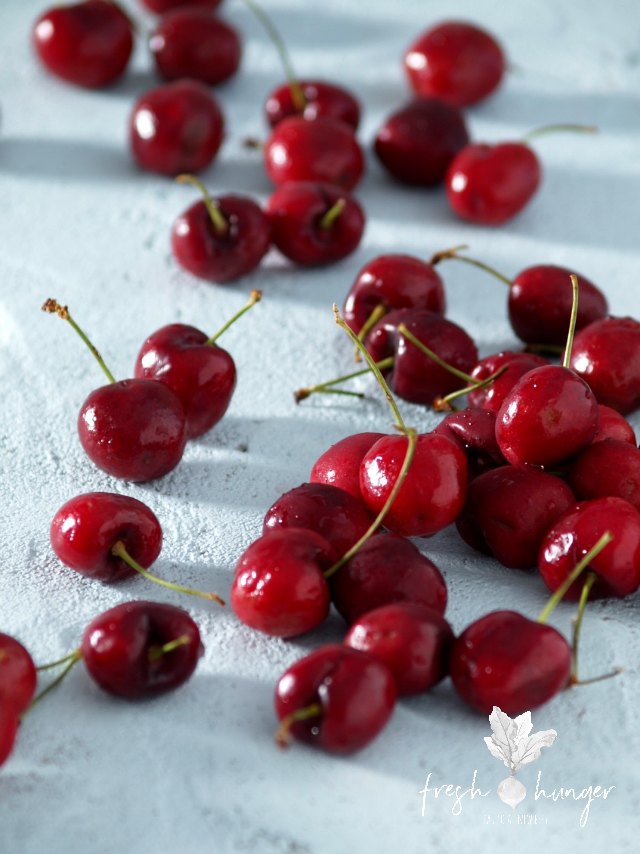 Throw everything into a blender and then pop it into the freezer for about 1 1/2 hours, depends on your freezer. It becomes the consistency of soft-serve ice cream. I stir it a few times during the freezing process, which means I generally eat about half of it before it’s ready. 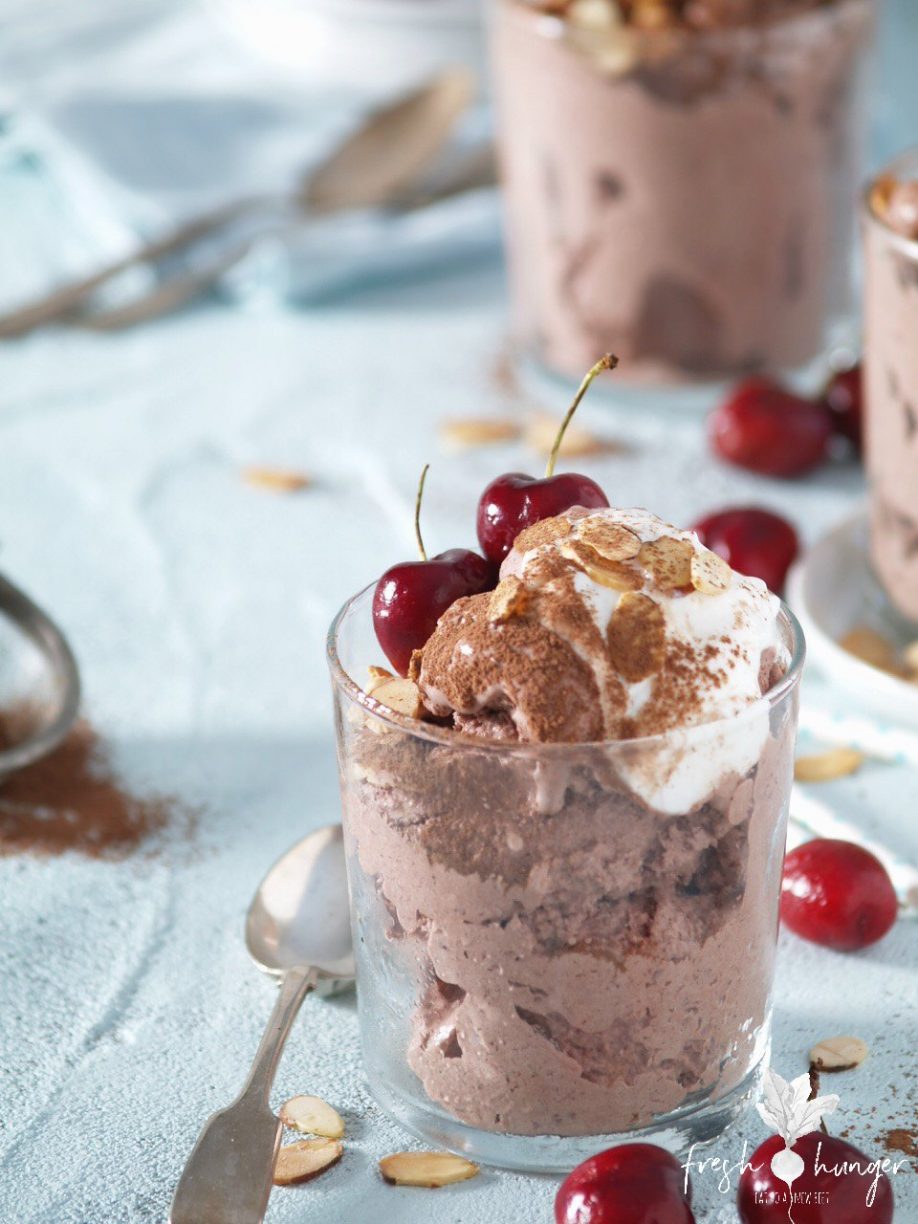 Dollop some more yogurt on top, toasted sliced almonds, a sprinkling of cocoa and a cherry or two and voila! It’s nothing fancy and certainly won’t win a prize in any beauty competitions but, it is dead easy and will satisfy that sweet craving. Promise! If it can quell mine I’m sure it can do it for you too. Or not! Until next time, toodles xo. 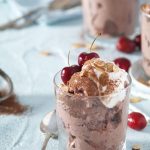